Death-ly doom…it’s always right on the border of funeral doom. Like, a few tempo notches. That’s it. There’s virtually no flexibility to found within the world of doom of the funeral variety, whereas going the straight death route, you have some leverage. In the case of long-running Finnish doom conspirators Hooded Menace, their catalog is riddled with above-average albums, none of which really have crested beyond the basic norms of doom and death running smack dab into each other. (Their 2008 debut Fulfill the Curse was quite good, though.) With their fifth album, Darkness Drips Forth, the Finns have, in a way, come full-circle, re-embracing their early melodic tenants, while grappling with long, elongated song structures.

The lack of economy found on the four songs comprising of Darkness Drips Forth is the album’s biggest stumbling blocks. Previous Hooded Menace outings found the band plunking down a few desolate riffs, some turgid vocals, and off ye go in one song. Not so much here. There’s sort of a dragging quality to a few of these cuts, most notably “Elysium of Dripping Death,” which if spliced into thirds, would be a world-beater of a number. Instead, you’re left to wallow around until the climbing melodic action takes place around the six-minute mark (or so), and by then, the song only starts to climax.

On somewhat of a similar note, the barreling “Beyond Deserted Flesh” writhes around with all sorts of hammer-on riff permutations, hardened by the unearthly bellow of Lasse Pyykkö, who proves himself to be a jack-of-all-trades, handling the bulk of the guitar work as well. But really, chop these suckers up, lay ‘em out like you used to, Hooded Menace. The ultimate challenge with droning death/doom is avoiding becoming a bore. Don’t go that route. 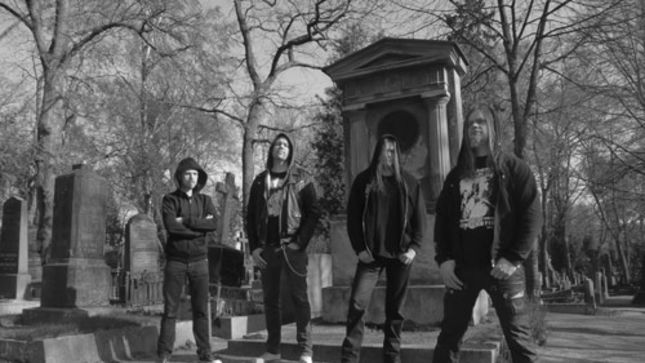