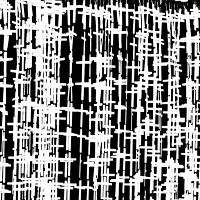 Brutish, fast-paced and intense. If that sounds like your idea of a good time then get on board for Holy. This bunch of Italian grind-punks are here to flay the skin from your bones across eight tracks in just over 10 minutes.

sounds like a brief transmission of anger, a door opening onto something horrible and pissed off, then quickly being slammed shut just as you’re getting a glimpse at what’s inside. While there’s plenty of powerviolence and punked-up flailing around on display they mix it up, injecting a little groove such as during “Restless,” which allows it to bounce nicely off the high-kicking eruption. It’s all about spice while the guitars keep it simple, favouring straight to the point punk riffs that lock on tight to the thumping drum beats and clanging bass.

Elsewhere, the flapping vocals on “The Wrong Side” have a lot in common with The Locust crossed with some sort of buzzing Down I Go mid-section. In one minute 28 seconds “Monday” manages to sum up all the feelings of a full 24 hours such is its fury and abrasiveness, the shouted vocals full of ups and downs with a big release at the end as it reaches the finale. “Cheap Drugs” also has hints of The Locust and Retox at the core, which is no bad thing. As a general rule, the EP blitzes by on a howl and a chugging bass rumble that sounds like an industrial engine.

One thing’s for certain Holy are pissed off about something and they’re not shy when it comes to letting you know about it. A spiky, infectious little critter that never sticks around too long, even if it’ll leave your house

in shit as it runs through Tasmanian Devil-style. Holy aren’t doing much original here, but they’re making sure to cause as much chaos as possible in the process.