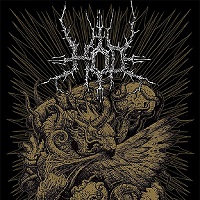 Free agents after their split with Ibex Moon Records, San Antonio death metal stalwarts Hod (named after the Norse God Hodur) have slapped together a three-song primer as means to stay in the metal public’s eye, and to showcase their wares to suitors. The three-song Uncreated demo is hardly demo quality, though, it’s prime American death metal, with the right amount of space between tech-y and brutal means. It also can’t hurt the songs are pretty catchy.

The straight-ahead plunder of opener “Beneath the Mountains of the Scorpion” evokes all sorts of nifty images of gauntlets flying, hair tossing, and the feral death metal spirit that originated in the 80’s. This is where Hod makes their bread, in the simple, yet potent confines of OG DM. “I Am Destroyer” is the pick of the three, with its rankled riff structure and black metal tendancies, while “When the Ghouls Feed” gives a few Hod-nods to Celtic Frost, something more bands should be inclined to do.

Limited to 100 CDs and 125 cassettes, The Uncreated Demo has probably sold-out by now (it was released in April), but you know how to use the Internet – look these guys up. 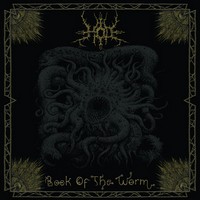