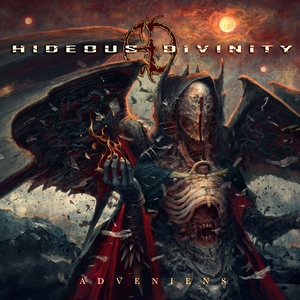 Those ‘in the know’ are fully aware that the Italian heavy hitters are the place to go if you want scorching fast, technically-proficient (but not overbearing), visceral death metal. Bands like Hour of Penance and Ade hit high water marks for their take on the genre, as does the band in question, Hideous Divinity. Adveniens is the band’s third release, and it continues to push the band further into punishing, yet oddly rewarding territory.

Hideous Divinity don’t make any severe left turns with their third release, but they do continue to advance their sound and usher in a greater wealth of diversity…while still commanding enough brutality to satisfy those who seek the most relentless fury in their material. Much like previous release Cobra Verde, Adveniens opens with one of its longer cuts in “Ages Die.” Longer tracks are where Hideous Divinity happens to excel though, somehow taking a flurry of blastbeats and spiraling riffs and keeping it interesting for an extended time period. This is accomplished through utilizing furious yet memorable riffs, as well as knowing when to pull the trigger and go full-speed and when to lay off the gas, so to speak. Whether it’s a more melodic solo, a brief pause, or a dip into several tempos, the band manages to craft songs with urgency to them. It’s far too easy for an act like this to just blister from beginning to end in service to a brutal rush, but each track on Adveniens appeals to a more calculated and well-crafted strike. Not that the band can’t simply go balls-out, as shorter cuts like “When Flesh Unfolds” and “Messianica” gleefully illustrate. It’s just that the insidious riffs of a song like “Future in Red” benefit from a multi-faceted approach that can still be relentless in brutality, yet without numbing the mind. “Future in Red” is also a good exemplar for the band’s vocalist, Enrico Di Lorenzo, who doesn’t venture outside the norm, but he sure sounds absolutely monstrous and capable of some exceptional high screams.

Plenty for death metal fans to enjoy about what Hideous Divinity has brought forth. Adveniens tackles an abundance of mayhem and fury, but balances it out with just enough melody to keep things interesting and varied. There’s intricate musicianship to stimulate the mind, as well as downright violent focus to appease the body. Hard to beat that combination, particularly with that gorgeous artwork to round things out. 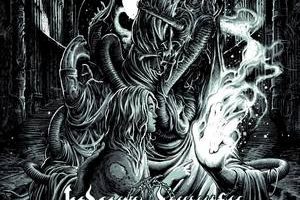 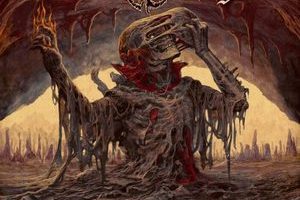