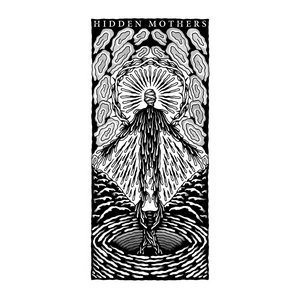 Black metal, in spite of all the troo kvlt gatekeepers in its ranks, definitely benefitted from the merger with shoegaze. Two disparate styles coming together in an unholy matrimony to birth something that’s both malevolent and pristine at the same time. Alcest, Deafheaven, Møl, et al have given us records that showcase this intricate symbiosis that the limitations that some BM fans have put on the genre just doesn’t hold weight anymore.

Enter Hidden Mothers, a new band of upstarts from the UK with their debut self-titled EP. Immediately arresting in quality and heart-wrenching in its beauty, it is only but a taste of what’s to come, foreboding majestic auditory wonders in the near future.

They teased us with their first single “The Longest Journey Yet” last year and it immediately established their aesthetic that could go hand-in-hand with the likes of the aforementioned Deafheaven. On this new EP, there’s no shortage of emotions to be felt from the pained vocals of Steffan Benham while the stratospheric guitar work and subterranean bass together with the merciless drumming surely drives the stake to your heart. “Beneath, to the Earth” comes crashing out of the gate, double-bass and tremolo guitars laying waste to anything and anyone in it’s path. As the track winds down for a while, we can hear the genius of bassist extraordinaire Liam Knowles, the hidden father of the band, so to speak. The true allure of Hidden Mothers reveals itself in their more atmospheric sections, as Benham proves himself a capable singer, his clean vocals a perfect compliment to the sound of the synths, while his banshee screams never fails to chill the bones. Personal favourite “My Own Worth” seeps in with it’s dolorous guitars and shades of “New Bermuda” instantly come to mind. “My Blindness, Your Burden” wraps the short and sweet affair with thunderous drums and wall-of-sound riffs and just when you think there’s more, nothing ensues…and all that’s left is that feeling that you can’t get enough of such a good thing.