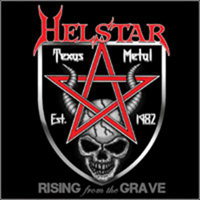 A compilation which essentially culls Helstar’s A Distant Thunder,Nosferatu, and their live album, Rising from the Grave proves why Texas has always been a hotbed for anything metal related from the early 80’s into today. During this time Helstar shifted from a more traditional power base on their first two albums to taking a slightly technical, progressive tact due to the recruitment of guitarist Andre Corbin, with a lot of the solo work taking on a Malmsteen-meets-speed-metal influence.

Vocalist James Rivera earns his stripes as a power singer in the Dio/Halford mold with classic iron lung melodies through “The King Is Dead,” “Abandon Ship” and personal favorite “Scorcher.” The Nosferatu material gave Larry Barragan and Corbin a chance to let their axe theories and accompanying talent go off the deep end, as you’ll hear on “Baptized In Blood” and “Harsh Reality” among others.

Helstar proved that you could push the parameters of normal metal play and I think could be one of the reasons along with Watchtower that progressive and technical death metal spread in the hearts of the young. The melodies keep up with the musical dexterity – the rhythm section deftly moves from speed parts to traditional grooves without breaking a sweat and you could tell this band was hungry to set themselves apart from the independent pack.

If you’ve been combing the used bins and unable to find these late 80’s gems,Rising from the Grave deserves your attention from a classic historical perspective. 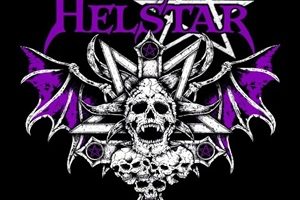 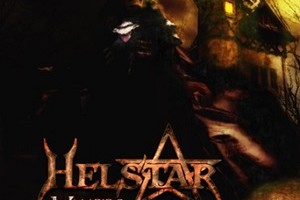 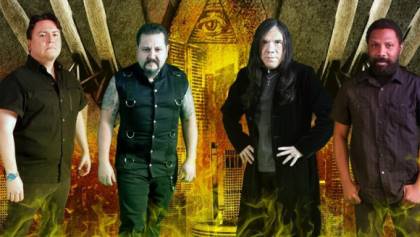