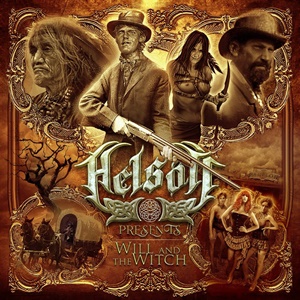 Aiming to encompass many sides of their multifaceted sound, Helsott strides ambitiously into their third full-length Will and the Witch as a conceptual record. It’s not often you think about Billy the Kid becoming the fastest gunfighter in the west while musically going down thrash, folk, power, death, and even Native American/campfire lines – but that’s what you’ll take in over the course of these twelve tracks, incorporating various guests (metal and non-metal) to flesh out the songs.

The dual guitar action from Mark Dow and Peter Truax provides some culturally exciting movements against the heavier rhythms and folkish/death passages – check out the some of the gallops plus traditional, uplifting nuances for “Reap the Whirlwind” and the title track. Keeping the extra orchestration/atmospheric elements as more of a delicacy to concentrate on the guitars, bass, drums, and savage growls/screams, the immediate groovy death driven “I’ll Make Ya Famous” plus folk metal follow-up “Southern Shine” get the record off to a swinging start – violin and banjo guest spots from Lethien and Whistlin’ Rick Story playing off the natural progressive shredding during the instrumental sections. The story unfolds with a mix of shorter and longer cuts, of which the 9:45 “Skin Out” showcases the band’s diversity, incorporating folk/acoustic-guitar driven serenity against some Viking-oriented death passages – as if Alestorm, Amon Amarth, and Moonsorrow came together as one. Feel the Native American spirit whisper through Vladimir Reshetnikov’s flute and choir-oriented verses of “Navajo Crow” – a left field offering that has similarities to Blind Guardian circa “Past and Future Secret” which could be a future fan favorite. It can be difficult to keep listeners engaged over an hour-long playback – but the quartet manages to mix up the tempos, riffs, and contrasts well enough to never stagnate or turn listeners off because of the versatile nature to the songs.

You would think that a story as American as Billy the Kid wouldn’t work in a melodic death/folk metal context – but Helsott manages to deliver the goods, keeping strong cultural hooks weaving in and out of every track. Eric Dow’s natural gritty growl and penetrating screams vocally propel Will and the Witch into primitive folk death territory, and hopefully prove that American acts have relevance in this movement just as much as similar musicians across the pond. 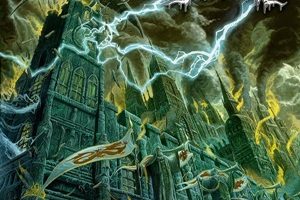