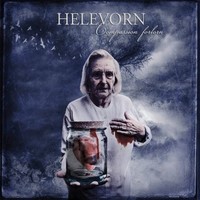 Spain’s Helevorn have been doing their doom/death thing since 1999, but at their own pace. Not sticking with the usual two-year release cycle, when the band does bring forth new material, it needs to make it’s way into your playlist. Their third album, and first since 2010’s excellent Forthcoming Displeasures, sees Helevorn really putting their game faces on and is a must for genre fans.

Helevorn takes bits and pieces from bands such as Novembers Doom, Katatonia, Ghost Brigade, and My Dying Bride and wraps it into an exceptional doomy bow. Using a combination of driving death metal-infused passages with droning Katatonia-isms, and more traditional doom elements and memorable choruses are all hallmarks of what Helevorn has done well. Compassion Forlorn adds more grandiose character to the band in subtle ways. The use of female vocals (Lisa Cuthbert) on the closing song, “Els Dies Tranquils,” adds some haunting beauty to an already moving finale. They also utilize a men’s choir on a few of the songs, such as on the album highlight “Reason Dies Last” (the chorus is a gloomy delight), and gives them more depth and feeling.

Considering the length of their existence, Helevorn is a band that should be held in the same regard as those mentioned in the paragraph above. Perhaps it’s the time between albums but Helevorn can hang with the best in the genre and deserve a bit more credit. The riffs are heavy and energetic (“Burden Me”), melancholic (“Unified”), and melodic and catchy (“Delusive Eyes”) when they need to be with vocals to match. Josep Brunet can bring a punchy growl (“I Am To Blame”) or a clean chorus (the afore-mentioned “Reason Dies Last”) and carry it with conviction and charisma. Hopefully, Compassion Forlorn will finally break Helevorn into more of the spotlight, as they’ve paid their dues. This is masterful doom/death. 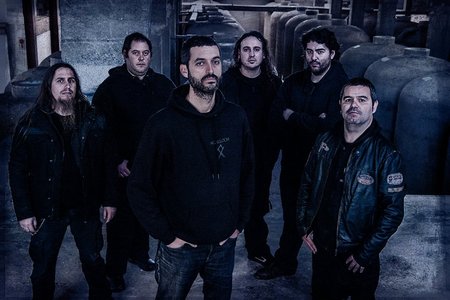