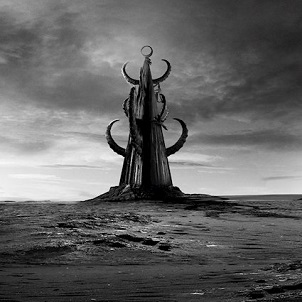 Post-metal has never lacked for repetition. Seriously — trudge back to those Isis and Neurosis glory records of yore and you’ll find that both bands loved to cycle certain parts for multiple revolutions. (Good thing both bands had/have good drummers who can remember when to move into the next part.) In reality, it’s a bit of a songwriting crutch. Since you’re essentially droning on the same riff for minutes at a time, song construction is an afterthought. Poland’s Hegemone are clearly aware of this, barely making it over the threshold of total repetition on their sophomore album, We Disappear.

Now, there’s a black-crust over top of this thing, but it’s not necessarily pervasive — it’s just another sonic coat, really. Since Hegemone are operating with largely the same materials as other bands of this ilk, it’s imperative to really dig for something wayward, which, in fact, happens on the crusty opener “Mara,” whereupon the Poles scrounge up some ugly riffing to go with ugly vocals, that are…black-crusted. That all changes over the course of the album’s ensuing tracks, as “Fracture” and “Raising Barrows” bring in those soft guitar peddles (not “pedals,” although they’re out and about) that help stave off complete redundancy. But, again, Hegemone are never quite in a hurry to move on to the next part. They’ll sit with a riff, hang out, then, eventually, it’s over to something else to somewhat of a limiting effect.

We Disappear’s eventual blossoming into an old-school Cult of Luna adventure is only thwarted by their own doing on “Хан Тәңірі,” which comes with a totally off-guard speedy black metal barrage and a female vocal outro. Keep in mind that post-metal is never supposed to go fast. Take that sideways moment out and Hegemone produces a mostly adherent, “we miss the ’00s” post-metal album. That’s okay — we miss when post-metal was potent, too.