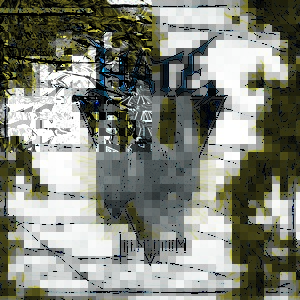 Perpetual death/black proprietors Hate have been doing their thing for many years at this point. In fact, Tremendum sits as the band’s trek into the double-digits in terms of albums (that would be 10). You know what they say about not being able to teach an old dog new tricks, right? Well, that doesn’t exactly apply in this case and it makes Tremendum a superior offering in comparison to their last release, Crusade:Zero.

Where the previous album suffered from a runtime that was far too long for the style (near an hour), featuring wasteful intros/interludes and an overt reliance on Behemoth/Morbid Angel-isms, Tremendum does it’s best to avoid repeating said missteps. A notable uptick on the black metal side of things is the strongest improvement here – while there are still some definite nods to the aforementioned acts, the grim and cold aesthetics in the songs here keep them from sounding like the same old song and dance. In fact, it helps to set up an atmosphere that makes it more compelling and visceral. The brutality that one would come to expect is certainly present, but some melodious guitarwork aids in giving the songs some added identity (see “Svarog’s Mountain” for a quick example). Mid-tempo rompers such as “Numinosum” and “Sea of Rubble” also help keep the album from being a blastfest, making the cuts that increase the velocity more impactful and punishing (see “Ghostforce”).

Hard to knock the advances Hate has made from their previous effort. A clear step back into the right direction, and a solid effort into veering away from the bands that they are consistently compared to this far into their existence is admirable. Sonic extremity with enough melody to keep it interesting.