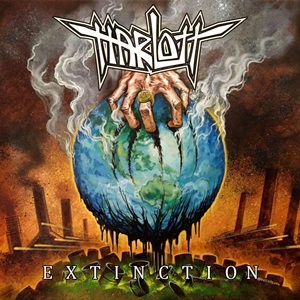 Third albums usually make or break careers in metal. Especially in the thrash realm, we all remember Reign in Blood, Master of Puppets, Among the Living… and, well Megadeth had their peaks before and after So Far, So Good…So What! – as the exception to the rule. Harlott now reach that career milestone for Extinction, following up the relentless Proliferation. With a new lead guitarist Jake Weber and permanent drummer Tim Joyce ensconced with veterans Andy Hudson and Tom Richards, they take aim at keeping the accelerator pressed to the max while being aggressive, semi-technical, and injecting the right number of memorable choruses and hook parts for maximum carnage assault action.

Straddling the likes of Bay Area and Teutonic thrash for influences, it’s not necessarily the early works of said artists that Harlott gravitates towards – the guitar play demanding precision for its intricate triplet picking and occasional progressive rhythms, more in line with say later Dark Angel, Heathen, and Destruction. Check out the churning, exotic action and lead play for “The Penitent” as the militant transitions and barking vocal nature of Andy send shockwaves pulsating into nerve endings globally, while the twin harmony action from Jake and Andy has a distinct sing-a-long nature during the latter part of the arrangement. You often worry when thrash bands prefer fast tempos they may wear out the welcome mat to exhaust limited attention spans – Harlott however know how to change things up by supplementing the riffs and all-out speed with time changes that ensure pit propulsion, gang choruses that encourage audience engagement and lead breaks that are very melodic.

Highlights go from the rhythmic stop/start killer “Conflict Revelation” that shifts gears measure to measure seamlessly as if early Sepultura and Exodus were in a cage match, the 100 second “Violent Conspirator” that features quick lead work and Andy’s word spew keeping up with the speed riffs and snare slams, plus the follow up “And Darkness Brings the Light” that proves Harlott can execute an epic song in controlled terms. Andy’s delivery has that clearer Tom Araya meets Sam Kinison nature – you could feel the blood rushing to his head through the maniacal screams and rapid pace lyric content. Tack on the pollution riddled hand holding earth for an eye-popping cover, and safe to say the quartet haven’t lost one iota of their mission to keep semi-technical, speedy thrash top of mind.

There’s something stirring in Australian waters for metal – Harlott have hit their stride, and Extinction continues a hot streak for the thrash movement in 2017. 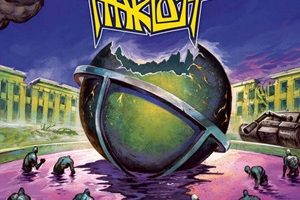 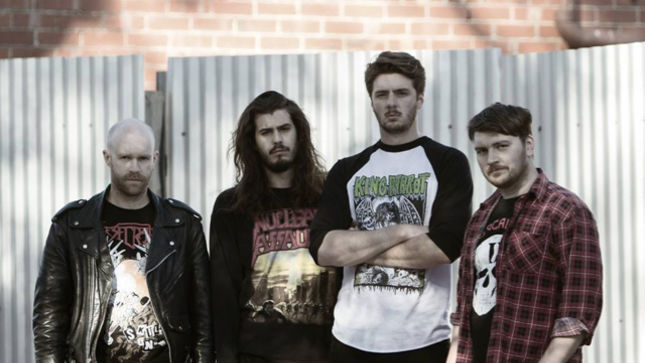