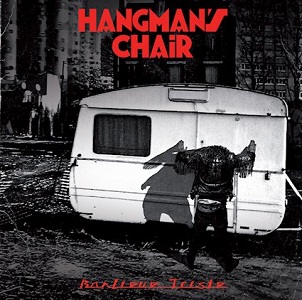 With its curious grip on the English language drawn together by the desolate howl of Cédric Toufouti, France’s Hangman’s Chair serve up a rather unique and heady body of doom by way of their fifth album, Banlieue triste. Active since 2005, the Frenchman (Paris, to be exact) have existed largely on the periphery of doom circles, probably since France doesn’t necessarily produce bands of equal measure on a regular basis. (Try and think of a few — it’s a quasi-head-scratcher.) But what Hangman’s Chair offer up here are wide, always eerie cuts that aren’t afraid to reel in a hook or two.

Toufouti is the right place to start here, whose vocals dance all over down-tuned, near-sludgy guitars. He’s usually in a good position to belt away, starting with “Naïve,” then moving through the various moods and shades kicked up on “Sleep Juice.” The album’s anchor is the 11-minute “Touch the Razor,” an experimental slab of cloaked, psychedelic doom that runs amok with elongated arrangements and space. But, the real go-getter here is the instrumental build-up “Tara” that jumps right into the album’s best song, “04/09/16,” a straight, heads-down groover that rides its main riff all day long.

The band nearly replicates the same via instrumental “Sidi Bel Abbes” heading into full-throated closer “Full Ashtray,” encapsulating an album (and band, too) that recognizes pacing. It’s perhaps why big-time Spinefarm snapped these gents up from the cult Musicfearsatan label — there’s simply too much promise and succulent doom hooks on Banlieue triste to let Hangman’s Chair go unnoticed. 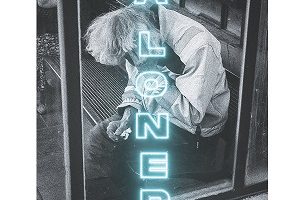