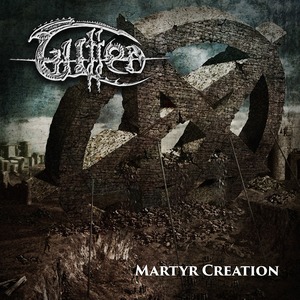 There’s always a place for those albums that serve no point but to knock you over and steamroll through an entire album. Most often this comes from the brutal death sector, and Hungary’s Gutted have been plowing along for four albums at this point – meaning they’ve gotten quick good at the notion of playing into a sound that’s nothing short of a whirlwind of chaos.

Unnecessary string-based intro/outro aside, the main concept of Gutted is to bury you with full-speed ahead brutal death metal with a technical slant. They take the intensity and fury of bands like Nile and combine it with the brutal riffing styles of bands like Beheaded and Unfathomable Ruination. It makes for a killer combination, though with such a caustic and chaotic environment, you know there’s going to be a bit of homogenization as you go through the album. The band does its best with some tempo shifts to avoid it, most notably with “Into Oblivion,” which features Attila Csihar from Mayhem shining on some guest vocals and “Deeper than Hell,” which slows down to some strings and spoken word from a child. Beyond that, there’s some needed groove that intervenes from the speed-first mindset. Though some of the faster moments feature some technically intricate patterns (see “Kings of Emptiness”), the main focus is to usher in the feeling of chaos, which is done precisely.

A short but sweet runtime and flurry of tech-infusions keep Gutted on the top of their game throughout Martyr Creation. It’s a frenetic rush that may not have a surplus of standout moments (with the aforementioned being exceptions), but on the whole it impresses with its exuberance and ‘take your breath away’ mentality.