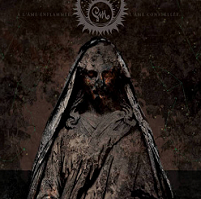 Metal the malleable! It is unsurprising that from the dark reaches of Canada there comes a group that fuses the utmost in non-metal with a solid-if-sparsely-used metal foundation. For the Canadian duo of Gris À l’Âme Enflammée, l’Äme Constellée… is a dense (but surprisingly breezy) and complex journey across a wide expanse of moods and manners.

Songs here (‘songs’ being arbitrary in use) are lovingly rich and complex in both the ideas that serve as their foundation and the execution of those ideas across works that sometimes pass the 15 minute mark (‘Les Forges’, a melancholy gem). Strings, primal drumming, acoustic forays and even lengthy post-post-post flavored jams make up the delectable ‘Igneus’. Special attention should be paid to the bass playing, which is ENORMOUS in the mix by black metal standards and melodically-inclined throughout.

Though the band is slapped with the black metal tag, and indeed that is occasionally on display, it doesn’t even begin to describe the kind of work going on here. Flutes and a score of other forms of instrumentation run rampant across both the longer and shorter tracks, ‘metal’ in any form likely making up half or less of the music. While the album is over 80 minutes in total length, the band has mercifully split it into two ~40 minute halves and it is all the better for it. Poor hat choices aside, Gris is on to something enormous here.