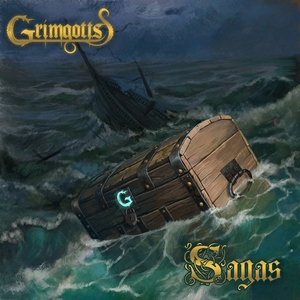 Grimgotts continue to keep their symphonic power metal daggers sharp as they continue onwards, with at least one release per year usually. That said, Sagas represents the second in an EP trilogy (which includes the recently released and equally excellent Tales, and the upcoming Legends) that the band has started here in 2020. The band continues to wave the power metal flag high for all to see, with just a bit of piracy to strengthen the cause.

For this scribe, Grimgotts biggest strength is that the music is just flat out fun. “Plunder, Loot, and Chantey” is a fine, seafaring tale that goes well with some of the band’s other more upbeat and ‘pirate-y’ tracks – sure to be a drinking and dancefest that no one has a problem singing along with. But there’s also the side of the band that’s more epic and scope, and the two are treated with equal representation and respect. The shining example of the four tracks here has to be “Rise Again.” It’s a galloping and ‘raise your fist’ type of effort, and it’s bolstered by some excellent symphonic injections that give it some extra oomph without taking away from the guitarwork – left only at the front and center for a joyful little solo later in the track. With four tracks, they all have to fire on all cylinders, and “Northern Passage” provides some added heaviness at times that works well with the triumphant vibes, and the title track rounds things out with a suitably epic tone and possibly the EP’s strongest sing-a-long chorus.

Grimgotts is unabashed in their glorious sounding power metal, and Sagas is just the latest example of what makes them an enjoyable act to listen to. Excellent musicianship (and solos in particular), soaring vocal work, and a victorious atmosphere makes them a force to be reckoned with. 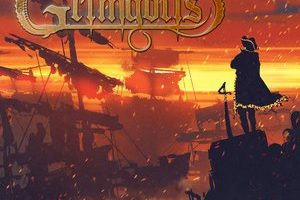 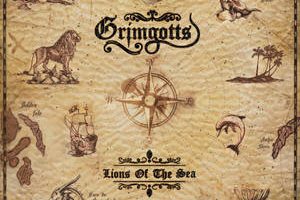 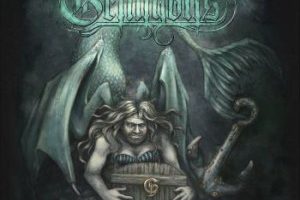