“From the deep woods of Siberia” would have been a fantastic album title; rather, even better for a live album. It’s unlikely Grima – a two-man ensemble – play live at this early juncture in their career, which means they’re quick to adapt to many of the predicated norms that come along with atmospheric black metal of this variety. In turn, the band’s Devotion to Lord spins largely the same wheel that another band in the same geographical region spin, Drudkh. They’re not composites of one another, yet the same care, honor, and pagan pledges are made throughout Devotion to Lord.

Inasmuch as Grima pattern themselves through the usually-fertile atmospheric BM funnel, their songs are surprisingly taut. They’re not as prone to the elongated structuring so many of their contemporaries favor; rather, hitting ‘em quick and fast via the mournful “Open the Gates Will Return the Only Cold” (we’ll pardon the band’s English – the might be better worded as “Open the Gates Will Return Only the Cold”) and “Devotion to Lord,” which emerges as the album’s high-point, where wind-swept guitar melodies hunker down in a gentle caress of moods. Such execution is found throughout the album’s seven cuts, as Grima demonstrate a headiness that belies their brief existence.

Probably a smarter move than they anticipated, the 32-minutes that make up Devotion to Lord leave enough room for imagination regarding Grima to where more is desired. And that’s generally something newb bands fail to recognize. You don’t have to overload first-time listeners with ideas, but just give ‘em a nibble here and there, which Devotion to Lord provides plenty of. A fine newcomer on the atmospheric black metal front, Grima make the idea of Siberian black metal enticing. 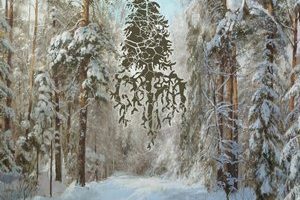 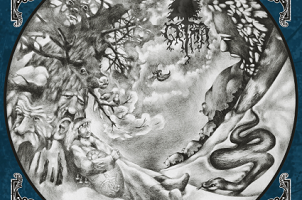