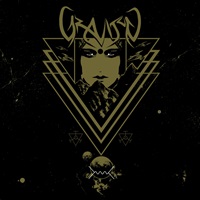 Featuring alumni of Now You Know theatrical metal act Seven Spires, northcentral Massachusetts band Graviton choose a slightly more straightforward thrash-oriented path for their 4 song Fundamental Violence EP debut. A lot of the energy for these songs assuredly has that Bay Area flavor, as guitarist Cam Tidman maintains a galloping, triplet nature through “Thieves of Knowledge” that will make you think of early Metallica, Megadeth, or even long-lost (but never forgotten) hometown Boston-area favorites Formicide – while the follow up “NGC 1277 Part 1” roars with punk-oriented intensity in the stair step shifts that made Terrible Certainty a favorite from the Kreator discography.

Vocalist Taylor Scott would be the first to acknowledge a love for the deep bellow and chilling delivery of Chuck Billy from Testament – probably studying the first two albums and everything post Low period in his fierce word spew right out of the gate for “Kill the Master”. It’s nice though to have a singer not be stuck in that sole scream mode that a lot of the youngsters favor these days, as it’s acceptable to accentuate your singing for bigger impact in spots, a la Lamb of God during certain verses or the chorus of the title track.

Proudly acknowledging a ‘No Axe-FX, No Triggers, No Superior Drummer, and No Auto-Tune’ stance on the recording and mixing/mastering front allows the listener to enjoy Graviton on a pure street level – just the way self-released and demo recordings used to be decades prior to technology overtaking proper musical abilities. Minimal time investment as these cuts whir by in a scant 15 minutes, properly leaving you drenched in sweat in anticipation for more material when taking in the band’s wares live or future output. Topics of aggression and mind trips to the universe round out the Graviton outlook lyrically, equally as vicious as the musical display.

Considering the impressive songwriting coming from New England thrash acts like Epicenter, Lich King, and Shallow Ground, Graviton easily sit on the cusp of gaining more than their fair share of accolades, devil horn salutes, and pit action through this debut. 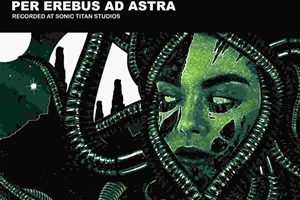