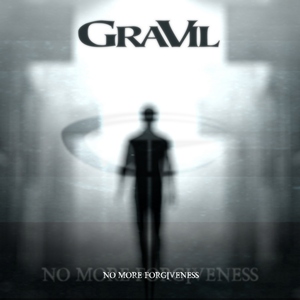 Thrashy melodic death metal with groove is what you’ll get with English act Gravil’s second release, No More Forgiveness. Coming four years removed from their last album, it delivers about what you’d expect given the medium, for better or worse. But on the one hand, it keeps the aggression flowing and that notion alone should sell some people on the act.

A merger of the old and the new is the first task at hand on Gravil’s plate. They sit firmly on the more aggressive end of melodic death metal, and given the amount of thrashy riffs that they are prone to they give off a vibe of bands like Arise, The Duskfall, or early Soilwork in their ability to merge melody within the intense framework. Yet there is also a feeling of more modern elements, when the band puts on the breaks for a minute, they can give off more Gojira-esque grooves that have a pretty massive scale to them (see “Plagues, Thieves, and Murderers”). Some slight, occasional metalcore chugs adds to the modern edge, but it’s certainly nothing that would scare any metal purists away from the band. While the tempos do vary, the vibe is almost too consistent from end to end and most of the songs don’t stand out as much as they should. The one exception to this is “Fractured, Divided,” which offers a more emotive take, adding a larger synth presence and some well-implemented female vocals. It’s an easy highlight, and makes one wish the band had added different little tweaks more evenly through the album.

No More Forgiveness is a competent take on thrashy melodeath, but plays it a little too close to the chest to truly standout. The songwriting proficiency is there, and if you just want to thrash you’ll definitely dig it, but based on the performances one can hope for a little more variety next time around.