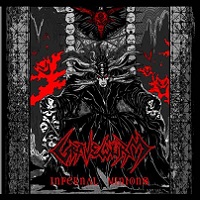 A study in contrasts, Gravewurm with a “u” is sloppy; sloppy to the point where they have difficulty staying in time. Graveworm with an “o” on the other hand, is a slick, Gothic black metal band whose career hasn’t progressed mid-support slot levels, in spite of the relative quality heard on their Collateral Defect album. The pbvious misconception here (at least in DR’s infantile brain) is that one of the two parties stole each other’s name, but alas, some internet sleuthing reveals both parties started in the early 90’s, and were operating without the benefit of keyword searching.

Anyway, Gravewurm’s ninth album, Infernal Minions is one of those albums that is true/troo to a fault. By upholding an utter lack of production values, cheesy, pseudo-Satanic lyrics, and the aforementioned really sloppy playing, Gravewurm give a lot of fledgling garage black metal bands hope. The clank and tumble of “Master of the Dark” is tolerable, while the Venom-like riffing presented on “Mistress of Blood and Fire,” is a cool for a brief moment, even though the title is a dead ringer for Bathory circa 1986. Beyond that, the infernal racket heard on the Infernal Minions’ remaining cuts place it just a notch above one-man Tascam black metal. Suffice it to say, the devil wouldn’t want this version of Gravewurm riding shotgun; he probably prefers the far more glossy band. 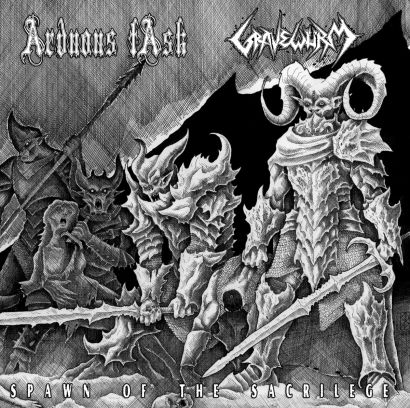