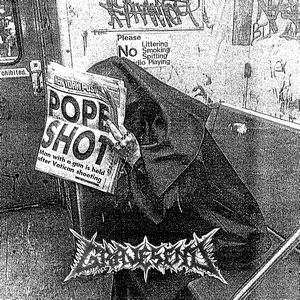 Intriguing how more bands based in NYC are using the locale as a direct inspiration for their music. Imperial Triumphant uses the seedy underbelly as its inspiration, and though in a different way, Gravesend does the same with their debut, Methods of Human Disposal. Grimy, filthy, and disgusting, like taking a walk through an abandoned subway terminal – Gravesend offer a sludgy view of the world.

Employing death metal, grind, black, and more into their arsenal, the first thing that stands out truly is the buzzing, thick sound of the guitars. It’s not in an HM-2 way, mind you, but has this putrid, dirty feeling to it that really goes a long way to establishing the band’s M.O. Jagged and aggressive riffs, caustic barks and shouts, unhinged drumming – it’s all got a place within Gravesend. “Ashen Piles of the Incinerated” has some rolling grooves mixed in between grind-y speed runs and finishes up with a monstrous breakdown of a riff. With a grind-mentality for song length (about 1-2 minutes each), the changes between explosive tempos and slower grooves is quite pronounced (“Trinity Burning”) and propels the band forward with the urgency songs like this require. There is a bit of blurring towards the end of it due to the brevity of the tracks and aforementioned switch-ups, but it’s nothing that truly holds the album back. It’s more about that caustic, corrosive feeling, and Gravesend has that nailed.

Methods of Human Disposal is disgusting in all the right ways. From the completely gritty sound to the furious violence in the riffing, it’s some urban sounding death metal that will hit home for many. Gravesend have an intriguing approach, and how they tweak this in the future could very well really make a name for themselves.