Wednesday, 4th May 2016 By Katarina McGinn 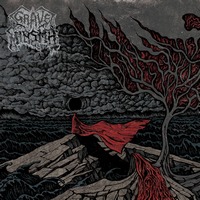 Of the dungeon-dwelling and bleak Incantation-esque death metal bands that have been vying for your attention in the last few years, Grave Miasma is often one of the first bands that roll off the tongue in terms of setting the bar. 2013’s Odori Sepulcrorum is often cited when comparing bands of a similar ilk and it is for good reason. Grave Miasma don’t just copy/paste Incantation-like doom/death into their material, and enhance it with atmosphere. Something that Endless Pilgramage does as well.

Those familiar with Odori will know exactly what you are getting into as Endless Pilgramage takes off right where said album left off. On the short and spry side, 5 songs at 33-minutes means that the band embraces the all-killer, no-filler rule – understandably this isn’t the type of material that always goes well for an hour-long affair. However, this does mean that each song runs an average of six minutes and thankfully, the near 9-minute “Full Moon Dawn” manages to hold the listener’s interest without fail. How you might ask? Well, often times, the usual doomy and deathly vibes (which have a pleasantly disgusting tone it should be noted) are accented with some outside the box atmosphere. The mid-point of “Utterance of the Foulest Spirit” is laced with an eerie mood, complete with dark melodies and chanting. “Full Moon Dawn” also ushers in a suitably creepy vibe and sneaky melody, balancing with some faster dynamics to keep the song moving for its extended runtime.

Admittedly, Endless Pilgramage doesn’t really take the band much further down the road than they already were. While there’s a reason that the band is worth checking out among the growing denizens of cavernous Incantation worship, nothing really advances the style. However, that doesn’t mean that those hip to this sort of sound aren’t going to love it in all it’s disgusting glory from start to finish. 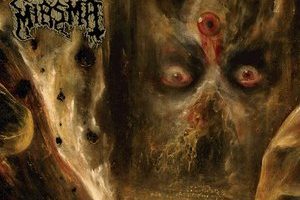 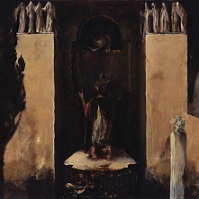