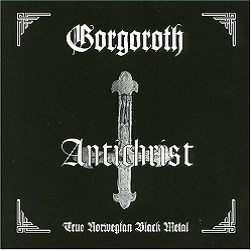 Long before Gorgoroth became the resident Drama Queens of black metal, they were regarded as one of the more promising bands on the Norwegian front. The albums in question – Under the Sign of Hell, Antichrist, and Pentagram were bookends in the Norwegian black metal scene, drawing praise from both critics and fellow BM mongers like Hellhammer of Mayhem and Emperor. Now given the reissue treatment by Regain Records, this trio will now get its just due in spite of all the legal wrangling and Internet mud-slinging going on at the moment.

Antichrist saw the inclusion Satyricon drummer Frost lending his considerable skills. At a short and curt 25 minutes, Antichrist still has plenty of punch, especially in the form of “En Stram Lukt Nv Kristent Blod” and the eponymous-titled “Gorgoroth” being the more memorable tunes on the album.

The best album out of the bunch is easily Pentagram. Still grim and necro, Pentagram (the only all-Norwegian-sung Gorgoroth album) is the precursor to Gorgoroth’s present-day brand of scathing black metal mixed with triumphant melodies. Stocked with churning riffs and a very-1994 production job from Grieghallen Studios (where every Norwegian band recorded), Pentagram is mini black metal milestone.

Under the Sign of Hell possesses what could be the worst snare sound in the history of BM. Snappy, and clappy (trust me – words are hard to come by here), the drums (courtesy of future Borknagar drummer Grim) are pretty bad for BM standards, but the songs are here. Gorgoroth leader/guitarist Infernus demonstrated some development as a songwriter in the form of tunes like the creepy “Funeral Procession” and blast-happy “Blood Stains the Circle.”

Norwegian black metal reissues aren’t as commonplace as many would like, with the back catalogs of Burzum, Emperor, and Mayhem still readily available, but not remixed and remastered like this collection of Gorgoroth albums.

Not the most popular or even best of BM bands, Gorgoroth has taken quite the strange journey to get where they are today – mired in a public squabble over rights to the name, but hey, here’s the first three Gorgoroth albums. Take ‘em or leave ‘em, Norwegian BM wouldn’t be the same crazy place without Infernus and his now ex-bandmates. 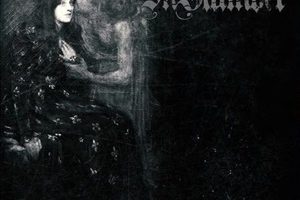