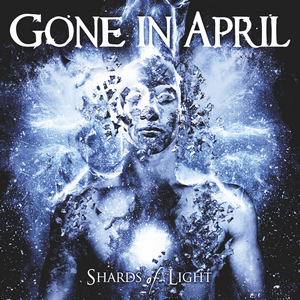 2016’s Threads of Existence proved that Gone in April was on to something that felt unique, and without compromise. They managed to bring in elements from more extreme metal flavors such as intricate musicianship across the board and growled vocals, and merge it with more symphonic elements with respect to both parties. Their sophomore effort, Shards of Light, manages to up the ante (and contrasts) to impressive levels.

Given that Gone in April already had all of the tools in place with Threads of Existence, there’s no need to really give the whole formula a complete re-write. Instead, they go ahead and push the boundaries a little bit further. A song like “If You Join Me” dives head-first into intricate, near tech-death levels of riffage, but can quickly jump shift into something more melodic at the drop of a hat (complete with Julie Bélanger Roy’s violin at the ready). The escalating tension as the spiraling riffs collide with strings is an exhilarating feat – sure there are a growing number of extreme metal acts that use this in the classical setting, but it just feels different and more refreshing here. Other tracks like “Reign” have a near-folky sound to them due to the merger of symphonic elements, strings, and upbeat riffs – even a rumbling bass adds to the melodic sense. Proggy leadwork, such as on “A Race with Time” also sees the band continuing to step forward, and brings in a new dimension to the tracks. Lastly, the vocal work from Roy, who shifts between more operatic and melodic, and Aaron Rogers sidesteps the typical ‘beauty and the beast’ mantra with more playful trade-offs and interactions.

Still a bit of a rare jewel in terms of their audience (though hopefully the recent Eluveitie tour will help remedy this), Gone in April provide a fresh take on multiple subgenres of metal. Shards of Light is stronger than the sum of its parts, providing something that is undeniably heavy at times, yet light enough on its toes that non-extreme fans should have no issues enjoying the festivities. 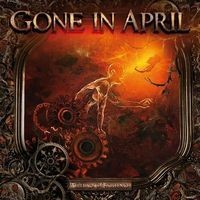