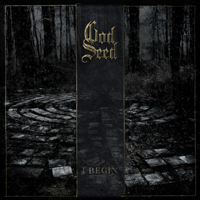 The legal squabbles over the Gorgoroth name were must-see TV. Or must-read reading. Something like that. In one corner, you had founding member/guitarist Infernus, who by all accounts, lost motivation to write new songs and guide the band, making bass player King ov Hell (worst black metal name ever) the ad hoc leader/songwriter for roughly a decade. Eventually, Infernus wanted back in on the action, but King ov Hell and vocalist Gaahl decided to fire him, going on to form a new version of the band. Cue some vitriolic back-and-forth, court battles, and utter confusion over the Gorgoroth name, which was more a sideshow circus than any corpsepainted mongrel could ever depict.

As we all know by now, Infernus got to keep the name, prompting King and Gaahl to rebrand themselves as God Seed. I Begin is the band’s debut and as expected, it takes direction from the last Gorgoroth album King and Gaahl were a part of, 2006’s vastly underwhelming Ad Majorem Sathanas Glorium. However, by injecting some 70’s-inspired keyboards (Enslaved anyone?), God Seed becomes more of its own entity, with a grime-basted atmosphere and Gaahl’s ever-quirky vocals emerging as the focal points.

Not as predicated on straight black metal as one would initially think, I Begin veers all over the course, as the aforementioned keyboard excursions are a sort of King Crimson-with-spikes concoction, something that serves opener “Awake” and “This From the Past” rather well. Angular BM riffing is what makes “From the Running of Blood” go, signaling that God Seed hasn’t totally left their Gorgoroth days behind, while experimentation in the form of industrial electronics makes “Lit” one of the album’s standout tracks.

You couldn’t necessarily find the God Seed dudes at fault for wanting to continue down the (left-hand) path walked during their time with Gorgoroth, yet I Begin will enter the win column because of its unpredictable nature. In essence, the 70’s vibe put out coalesces with the bleak and bloody black metal of Gorgoroth’s 00’s output, and when you stop to compare the respective albums, is probably better than what Gorogorth was putting out a decade ago. 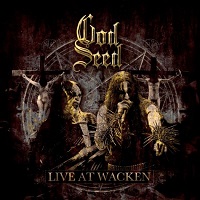