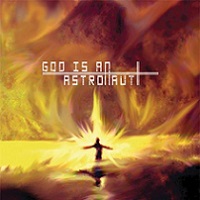 Okay, so they might not be a metal band in the strictest sense but metal can be a rather malleable substance. If you’ve yet to discover this Irish trio but are a fan of Isis, Red Sparowes, Grails, 65daysofstatic or even Neurosis and Jesu, you’ll will find a whole heap of aural surprises here to caress and soothe your ear-holes. Experts at creating beautiful, instrumental landscapes from sound, a criticism that previously could have been leveled at them was that their songs

didn’t go on long enough, reaching the apex and instead of holding there, stopping. Not this time around. Now four full-lengths in and road veterans they know what works, especially with No Return, their finest composition to date.

Opening on a low keyboard swirl “Shadows” then comes into an Adore-style Smashing Pumpkins drum pattern, which drives onto an airy 65daysofstatic body moving section, ringed with fluttering guitar

notes. It sounds like stars flying past at high speed, long lines of light. ‘Post Mortem’ is a more icy, gentle path. “Snowfall” has echoes of quieter Placebo, circa Without You I’m Nothing utilising similar guitar tones and tandem bass/guitar work. Of course the nasal Brian Molko vocal is absent. The ghost of GIAA past is present on “Echeos,” an electro-like beginning submerges itself in a bubble of easy, chill-out waves. You could try and listen to this as a wind-down, but your body would still end up shaking, tapping out a beat not only to the drums, but also the flowing guitars, ending on what could probably be classed as a freak-out.

Throughout there are plenty of spaces, gas-leak sounding noises filling the backgrounds, piano dipping in and out adding texture, as such it’s generally the plateau which God Is An Astronaut do so well. Instead of always plunging forwards, taking it from merely loud to soft, GIAA take something of a more meandering, space-faring journey, one that’s hugely romantic. That romance

is prevalent throughout this self-titled record, making it perfect headphone music when walking the streets, causing you to see both nature and architecture in a new way. That could be taken as being pretentious but there’s something absolutely captivating in this music as you loll along softly with it, caught up in its stream. It imposes itself ever-so-gently on your subconscious, dredging up memories and feelings, thoughts you haven’t had for a while. Not always depressing ones either. “Shores Of Orion” opens with an almost retro-futuristic drum sound before the song moves into rises slowly though ending in a strangely hopeful, almost uplifting place.

Without being classed as a metal band, GIAA have the freedom to not simply explode into slabs of distortion, instead the songs build, rising upwards to often fireworks like finales. Take “No Return,” the finest cut, which starts off gently, light drum taps marking a path. By the time it reaches the high point, it’s got a flurry of drum work pushing it forwards around ringing guitars, throbbing bass when suddenly the drums drop to half-time. It’s like a door’s been opened and air has rushed in, giving a whole new sense of space to the track, the guitar and bass continuing with the same motif as before. It’s an astonishing piece that’ll stay with you long after it’s over. 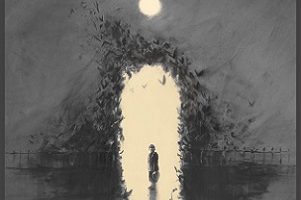