Intentional in their ‘real metal’ platform, German band Gloryful have been productive since advancing up the ladder from unsigned act to label artists in their four-year career. Unleashing a debut album The Warrior’s Code in May 2013, the follow-up Ocean Blade hits the streets around the same spring season, a time ripe for this style it seems given the latest work of Gamma Ray, Brainstorm, and Sinbreed all coming from their homeland around a similar release schedule.

So, has the quintet leapt over the dreaded ‘sophomore’ jinx? Giving the 10-song album a few spins, these musicians certainly know how to pull out all the anthem traits, dueling speed harmonies and up-tempo drum parts, as well as the mead hall meets soccer chant choruses that ring loud and clear from stages ‘anywhere in the galaxy’ (subtle Gamma Ray reference). Singer Johnny la Bomba has a natural charisma about his delivery, sort of Bruce Dickinson-esque going through a Joe Comeau power filter – check out the early Dio-like “E Mare E Libertad” or classic Running Wild oriented “The Masters Hands” for some of his passionate multi-octave melodies.

The lion’s share of Gloryful’s appeal lies in the six string action of guitarists Jens ‘Shredmaster JB’ Basten (ex-Night In Gales) and cohort Vito Papotto. The mid-tempo steady chug and pull offs during “Cradle of Heroes” represents a virtual run through of true metal history, as I felt Judas Priest, Iron Maiden, and Manowar all weaving in and out of this 7:15 dynamic arrangement- and the traditional acoustic number “Black Legacy” that shows off more Celtic/cultural textures is a surprising head turner.

If you desire speed and unbridled double bass madness, look no further than “All Men to the Arms” – and those that love the German high pitch melodic runs or militant-oriented gallops that leave you humming for days, then look at “Siren Song.” A marked improvement over their debut, Ocean Blade should be on your horizon if traditional, true, or ‘real’ metal whets your appetite in this genre. 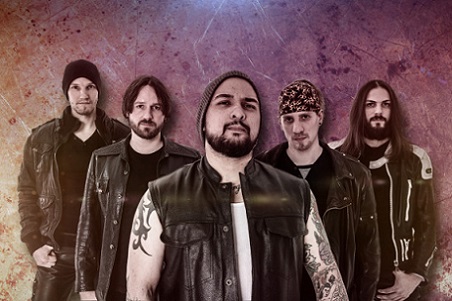