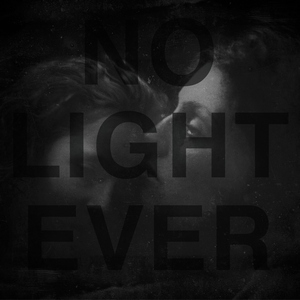 With no context of the music, a band titled Glacier and an album named No Light Ever just seems bleak. Coming off of 2017’s lengthy two-track Though Your Sins Be As Scarlet, They Shall Be White As Snow; Though They Be Red Like Crimson, They Shall Be As Wool, Glacier makes good on their instrumental, droning doom promise. Just as gloomy as one would hope for, and with a strong sense of storytelling.

With lengthy tracks with no vocals, Glacier is forced to rely upon sheer strength of songwriting and structure to succeed. There’s no hooks or blatant melodies to grab the listener with immediacy. Instead the focus is on the atmosphere and mood of each track. With the length of each track, they are given plenty of individual identity to distinguish what they desire to do, though with the commonality that at its core, No Light Ever is haunting and desolate. The melodies rise and fall, as does the crushing tone of the riffs – peaks and valleys galore – but the sense of isolation remains. The rising tension in a track like “And We Are Damned Amid Noble Sound” is palpable and weighty, as is a later crushing force of doom and fuzz and the back and forth is genuine and rather engaging. There’s not much in the realms of ethereal contrast, which is a nice change of pace from the norm – Glacier is fully invested in making a morose and somber atmosphere, and it’s all the more powerful due to this vision.

While No Light Ever is not the type of release most would listen to on a repeated basis due to its overly desolate tone, it does exactly what it sets out to accomplish. The sorrowful and lonely atmosphere remains a constant force that tugs on you with a certain weight and flow to it, holding your attention as it spirals through quiet and forceful moments until the bitter end. A grim and immersive release. 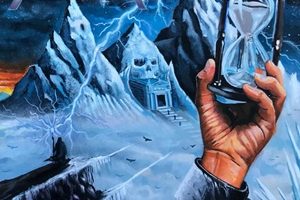