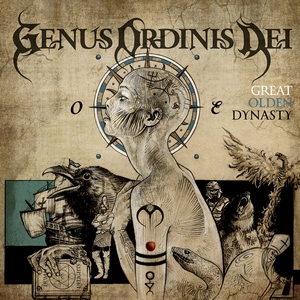 Italian symphonic melodeath act Genus Ordinis Dei may not fall squarely into what you expect them to sound like. Granted, all the boxes are checked in the symphonic and melodic death zones, but something about their particular combination feels familiar yet slightly off the beaten path. The band’s second release, Great Olden Dynasty, benefits from this in the long run.

Taking a symphonic backdrop amid some modern groove and melodeath riffing, Great Olden Dynasty successfully wields catchiness with just the right amount of aggression. Falling in line with more modern melodeath acts than your classic/Gothenburg variety, there’s an emphasis on groove that the band engages in from the start. Some may lean towards metalcore due to some of the Randy Blythe-esque growls, but truth be told, it never really goes too far with this from a musical standpoint. The symphonic aspects help provide a more epic scope to some songs (such as “You Die in Roma”), dominating the landscape when needed, but willing to retreat when leads or upfront melodies take their turn. Despite the modern vibes, they never go all-in on clean singing in the usual, sugar-y sense. The cleans instead have a more gruff character to them, and without much of a dip in aggression, they still manage to provide a wider dynamic. Of course, the one spot they do play into this is a duet with Lacuna Coil’s Cristina Scabbia on “Salem,” and the payoff really stands out. The vocal pairing is strong, and the synths help to lift the track into a more gothic area.

Great Olden Dynasty proves that with even just a slight tinkering of the formula, you can get a result that feels more fresh and invigorating. Genus Ordinis Dei play into areas that should attract a wide spread of metal fans without compromise. 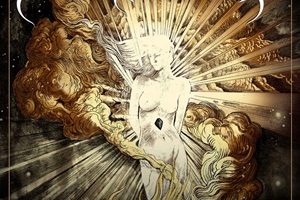