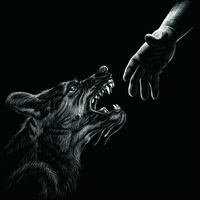 Admittedly, the cover got the best of me on this one and I had to hear what the band was all about. The bleak, dark colors and the clearly pissed canine was intriguing. Coffin Wisdom is the fourth album by sludge/hardcore/progressive/post metallers but is the first exposure to the band for yours truly, though it leaves an impression that it won’t be the last.

While there are some nods to bands like Isis and Neurosis, Generation of Vipers have a good thing of their own going. The thick, chunky guitars ooze venom, the vocals are throaty and pissed, and the band trudges through the tracks with the subtlety of a bull in a china shop (see the opener, “Damaged Awake”). This is all well and good, but don’t think for a second though that the band is just a pissed off, one-trick pony. There are some atmospheric moments, such as the excellent “You Deserve This,” that see some darker, eerie segments infused that contrast with the heavier material and prove the band more than capable at providing crushing yet intelligent tracks. They also know how to bring some rolling groove to tracks like “Dark Matter” and “Stolen Voices.” There are even some more progressive elements, like the sludgy yet melodic riffing of the title track. Clearly the album keeps you on your toes from start to finish, yet avoids sounding disjointed.

Coffin Wisdom exceeds any one-note expectation that the visceral cover may provide. Don’t worry about spending time pigeonholing Generation of Vipers into a specific subgenre. Enjoy the multi-pronged approach for what it is; it’s sure to provide the needed aggression as well as stimulate a few brain cells along the way. 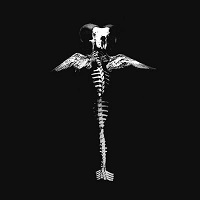