Gehennah – Too Loud to Live, Too Drunk to Die (Metal Blade) 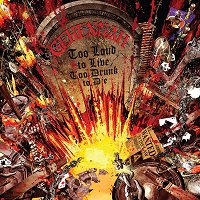 This scribe remembers Gehennah scouring about the pages of Metal Maniacs in the late-90s, all part of a short-lived stint under the “retro thrash” tag. The Swedes pre-dated a lot of the beer-swiveling, ugly morning, brawling biker rock/metal that has since come to pass, albeit in a variety of formations. But it is mostly true Gehennah were out front in all of this; their brazen Motorhead-on-death metal-on-punk sound not catching fire back then, but it might now based on Too Loud to Live, Too Drunk to Die.

The 13 songs to be found here are, of course, devoid of brains and mobility. Most of them, Gehennah is all too content with putting their heads down, pushing their way through the crowd, then triumphantly throwing back a few. (If you could imagine.) Thus, the punk jostling of “Life Metal Must Die” and the very Motorhead-inspired “Let’s Fall off the Wagon” are quick, in-and-out excursions, amplified by rolling thrash beats and the gargled vocals of Mr. Violence (real name: Stefan Mitlander).

Elsewhere, the restless (and catchy) “’Cause We’re a Street Metal Band” ends up as the album’s most defiant number, emboldened by some great backing vocals in the chorus, while more of the same is found on “When All Else Fails – Destroy!” and “Low on Cash, High on Speed.” And really, these jams don’t require a whole lot of tinkering or think-er-ing, which is fine – Gehennah may not be the masters of death/punk ‘n’ roll, but there’s something to be said for still doing it two decades after the fact. 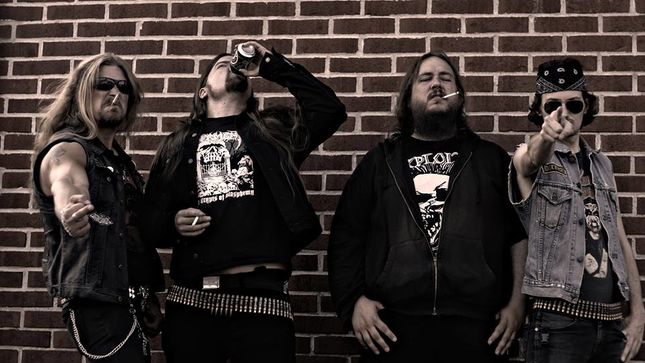