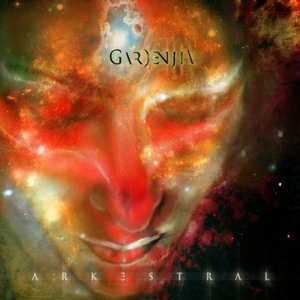 No matter how many times it happens, it’s still awesome to come across a random find on Bandcamp that has the “wow factor.” It’s also cool to see how newer influences can weigh in on a band’s sound, particularly when everything is so accessible now. Gardenjia combine both of these aspects on their latest release, Arkestral.

Without making the band seem like a sum of varied influences, it’s safe to say that if you enjoy Fallujah, Gojira, or Meshuggah, you will be quite pleased to become acquainted with Gardenjia. Arkestral takes the space-y, esoteric riffing and solos of Fallujah, combines it with the intensity of Gojira, and wraps it all up with the djent-style brought upon by Meshuggah. They also bring in some very progressive influences (lets go ahead and add Devin Townsend to the name game too) and some industrial/keyboard bits in to sell the whole package. The graceful yet foreboding cover art seems to tell it all. The album erupts at the onset, with “Ember” and “Tilikum” using some intense riffs, shouted vocals, impressive melodic leads, and darkened atmosphere to reel in the listener. “Taima” and “Thalassa” are best cited for their more progressive and adventurous structures, veering more into the Meshuggah territory in regards to soloing, and the later using some clean vocals and saxophone to really make some jaws drop.

Though it may seem like a number of band names were dropped in the process, rest assured that Gardenjia is far from a copycat type of band. The high-caliber list only serves to act as the type of company that the band chooses to keep at a shoulder’s length. Shame the band seems to be so relatively undiscovered – if Arkestral is any indications of the strength of Gardenjia’s sound, they could easily find themselves as leaders of this particularly sound in another release or two.