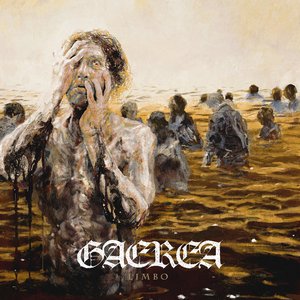 It hardly seems as though two years have passed since Unsettling Whispers held court throughout the summer of 2018. Such time has passed, however, and Gaerea has blossomed from practitioners of the void on the fringes to a main event in the stellar Season of Mist 2020 lineup, plague concerns notwithstanding. Two years on and significant refinement separate Limbo from Unsettling Whispers (well, Limbo also possesses a spectacular Eliran Kantor piece as its cover art), though many of the underlying principles remain the same: this is black metal cut from the post and atmospheric cloths, built around structural swelling rather than stark transitions or barren consistency.

As noted, refinement is king across Limbo – the songs in general are strangely both leaner in execution even though significantly beefier in composition. With six songs and a run time beyond 50 minutes, there is more time for each track to work itself out though sequentially there is a pleasant balance between the longest works (both pushing well past the ten minute mark) bookending the album and the shorter works that fill the in between. “Urge” and “Null” offer similar approaches and executions, emotive and cutting black metal forays that offer considerable punch. I think I may have described Unsettling Whispers as taking a cavernous death metal approach to sonics and applying it to the black metal form and that remains the case with these songs. Though rife with hallmarks of the blackened form, they hit like trucks and absolutely fill out any room.

I’ve mentioned refinement a couple times and that has been on purpose, as if you were unconvinced with the band prior to this album, it isn’t likely to change your mind. The band is working with supreme confidence across Limbo and I certainly did not foresee their ascension into the relative spotlight of this summer. The vocals take on a considerable depressive black affectations at times and your appreciation for that aspect of the black metal spectrum is likely to inform your response to their application here. “To Ain” and “Mare” open the album, close it, and are equally representative of the flavors and strengths Gaerea is working with. Swell after swell rises from the discordant dark, lapping against the listener as they are pushed, pulled, and otherwise wrung out by the listening experience. Unsurprisingly, the band does not make use of guitar solos as such but comes close enough with the occasional tremolo lead, used to fantastic emotive effect across the back half of “Mare”.

An album perhaps more surprising for its popular impact rather than its musical contents, Limbo is unlikely to disappoint you. In more traditional years, strong summer albums tend to be subsumed under strong post-festival release schedules, and in years past it may have been that Limbo would have suffered such a fate. Not in 2020, however, as the festival circuit is dead and here in the United States, at least, COVID is showing no signs of relenting (nor are the powers that be showcasing any real interest in resolving it).

An apt title for a year stoked in isolation. Limbo is the murk made tangible. 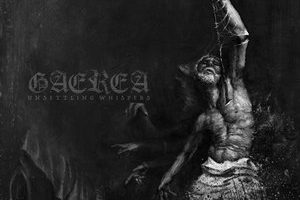