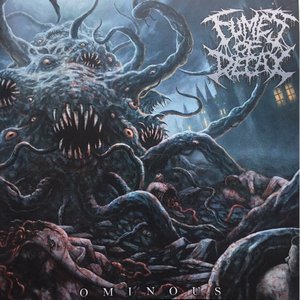 So you like Suffocation, eh? Ten to one odds that the guys of Fumes of Decay do as well. Ominous is the band’s second full-length, a long 9 years removed from Devouring the Excavated. The Netherlands-based band is clearly rooted in say, Effigy of the Forgotten (as well as Dying Fetus), which gives you a pretty good impression of what you are getting.

Given the two pronounced influences above, you know that Ominous is going to be brutal from start to finish. While yes, there’s a lot of clear nods to those acts, it doesn’t hold the release back from reveling in some top rate brutality. Like the more revered acts of the ‘90s in brutal death metal, there’s no attempt to take things too far into the extreme. The vocals are a guttural bark (no squealing or froggy croaks) that drives the intensity alongside the riffs. As for those riffs, they are quite unrelenting in their energy but that doesn’t mean that the whole thing becomes a blur of brutality. Instead, the frequent tempo change ups, and mostly shorter song lengths (many of them between 3-4 minutes) allow the band to keep the adrenaline-fueled attack to march ahead. Some pit stops into groove also help out (see the title track) and assure that there’s something for listeners to latch onto. The production gives it a slightly nostalgic vibe (particularly the drums) but effectively allows the listener to focus in on those massive riffs the band feverishly delivers.

Fumes of Decay stand out with their more timeless approach to brutal death metal. It’s song-centered and provides all of the fury that you’d expect from a release like this. Fans of the genre will have a guaranteed blast with Ominous from beginning to end.