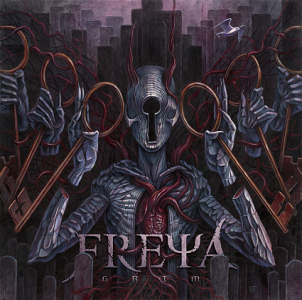 Ever the busy guy, Dirk Verbeuren (Megadeth, ex-Soilwork) lent his considerable skills to Freya’s fifth album, Grim. Not exactly at opposite ends of the spectrum, but certainly not in the same orbit, Freya have spent the better part of their career morphing from a brash hardcore-on-thrash unit to expansive, almost progressive unit. Verbeuren, per his resume, has drummed in numerous extreme metal bands while holding down a regular gig with Soilwork until Mustaine snagged him away earlier this year for Megadeth. Not surprisingly, the Verbeuren/Freya pairing reaps benefits on Grim.

Now, Verbeuren isn’t totally turned loose. He’s pretty active on the opening rolls of “The Spectre of the Plague” and “Hunter in the Dark,” saving his best performance for album closer “Eyes of Malevolence.” Hearing cascading blast beats and elaborate drumming within the progressive hardcore sphere is not a regular happening, thus validating Verbeuren’s involvement. Vocalist Karl Buechner (he of Earth Crisis fame) turns in another amorphous performance, blending his still-steely, thoughtful rasp with an array of clean vocal shadings. Said moments are in full swing on “The Sentinel” and album standout “Swallowed Alive,” a song emblematic of Freya’s continued push outside of hardcore boundaries.

Because of Buechner’s track record and standing within the hardcore scene, Freya may always be viewed as such—a hardcore band. Grim virtually dispels all of those notions, Verbeuren’s involvement notwithstanding. Indeed Freya isn’t your father’s hardcore based on Grim’s seizing of such swirling, melodic elements. And when combined with the sterling session work of Mr. Verbeuren, then Freya find themselves operating on a whole ‘nother (higher) level. 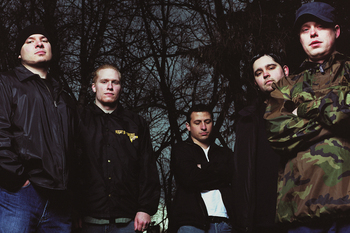 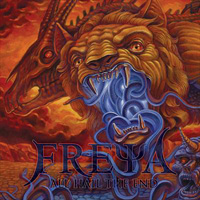