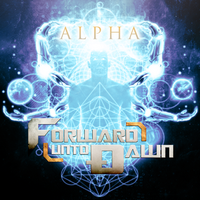 What does it mean to be progressive anymore? A question that many bands (and fans) have asked with the usage of the word to span to everything from death metal to metalcore to power metal and beyond. With Alpha, Forward Unto Dawn’s second EP, the term progressive moves towards the feeling of bands like Between the Buried and Me and Dream Theater. In short, this captures a bit of progressive metal intertwined with elements of death metal and traces of core.

Instrumentally, there is a lot going on inside of Alpha. Many musical twists and turns await, as the band moves from air-y moments of jazz and blues to intricate death metal riffing to breakdowns – sometimes in the same track. It can be a lot to take in, and much of the band’s approach is in the ‘slow burn’ category – don’t expect full-out fury so much as calculated intensity. With this in mind, it may take a few listens to really get a full picture of what Forward Unto Dawn are offering, but you should find your efforts rewarded. Some highlights include the bouncy riffs of “State of Duality, the slow build-up to “Transcendency,” and the technical melodies of “Concord & Dissolution.” Vocally, things stick to the heavier end – deathly roars and throaty shouts are what you should expect here for the most part but it works.

Forward Unto Dawn has laid an impressive foundation on which to build with future releases with Alpha. The more modern elements don’t bog the band down like they could, instead working to expand and evolve their sound. A band to keep your eyes on as they continue forward. 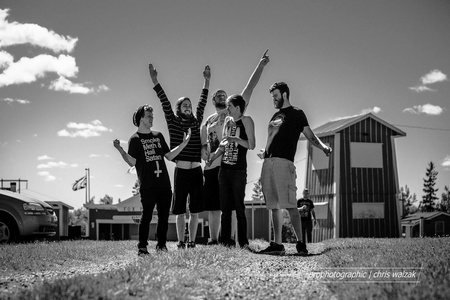