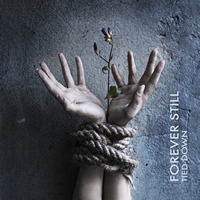 It takes a lot for a young band to impress in the female-fronted category nowadays. All too many times, you hit play and receive the standard soprano vocals, corsets, and symphonic-laden clichés. Forever Still manages to move past all of these tropes and focus on delivering an album that is more stripped-down and focused on the riffs and melodies.

Sonically landing in a position more akin to a more modern-era Lacuna Coil (sans the male vocals) or heavier Evanescence, there are some light gothic touches from time to time, electronic elements, and a bit of hard rock attitude. Front and center is vocalist Maja Shining, whose soaring and strong vocal presence should rightfully get the band plenty more exposure as the band continues to grow. Able to pull off some hardened screams on a few cuts like “Scars” and “Breathe In,” where the riffs become crunchier, it’s actually the calmer tracks, like “Miss Madness” and “Save Me” that truly allow her to shine the brightest with emotive choruses. The blend of the electronics and guitars comes off strongest on tracks like “Alone,” which twists between darker riffs and fuzzed out moments in the verse or “Once Upon a Nightmare” where the dynamic later bursts into a solo at the tail end of the song. The shorter runtime also helps, and one can easily absorb the album before you know it and hit repeat without a second thought.

Plenty of crossover for this one between the elements of metal, rock, and gothic – Forever Still have the energy and presence to take things to the next level. A band to keep your eyes and ears on if you are looking for a modern edge and strong female vocals. 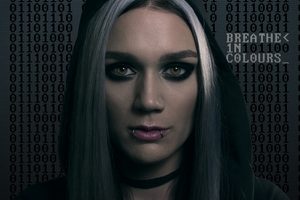