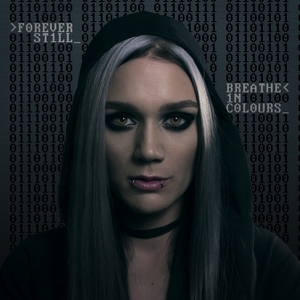 In looking back at Forever Still’s debut, 2016’s Tied Down, one of the things that made it special was how emotionally raw it was. You could listen to it and be pulled in by the genuine power the band exuded on each track – be it sorrow, anger, or any parts in between. There was little surprise when Nuclear Blast snagged the band and re-released Tied Down later that year due to that sheer presence they possessed. For their sophomore effort, they have managed to keep that intimate feeling while expanding their sonic repertoire.

On the whole, Breathe in Colours is a heavier and grittier album than their debut. One of the strongest tracks, the raging “Survive” sets a galloping pace, complete with some harsh, downtuned riffs and vocalist Maja Shining going into screaming territory for some truly unforgettable lines around the midway point of the track. The title track uses some escalating heaviness to some similar effect, but even the more mellow moments are given a shade of gothic darkness to them in that ‘lurking in the shadows’ type of feeling. Some other tracks utilize this to powerful effect in smaller doses (“Rising Over You” and “Fight!”), but what makes it really work is the contrast with the band’s more melodic side, which tends to attach itself to more ‘epic’ sounding qualities this time around. This is evident from the get to as “Rew1nd” hits addictive and groovy riffs in tandem with some more electronic and near sci-fi elements to bring things up for a soaring chorus from Shining and synth backing.

Underneath the coating of more heaviness, that same unfiltered emotion that sits at the core of the band’s work is here. The gloomy yet triumphant closer “Embrace the Tide” invites you in and urges you to raise your fist along with the potent chorus. The more gentle cuts like “Is it Gone?, “Say Your Goodbyes,” and the utterly gripping “Pieces” have that same poignant urgency that many bands simply lack. Much of this comes from Shining’s vocal presence, which in and of itself gives the band a more unique stance with the ability to lull you to sleep with serene beauty or pull you out of your slumber in a fit of rage. With the album being fairly vocal-led, she locks herself in as one of the forerunners of the current melodic metal scene with her charisma on the album.

Darker and more layered than their debut, Breathe in Colours serves as an impressive leap for Forever Still, while still maintaining the core emotions that made them a rising force to be reckoned with. While it is sure to bring in fans of acts like Lacuna Coil and their ilk, the increased level of heaviness present means that they may be able to entangle some who typically avoid that style. Whatever the case may be, Forever Still have an offering that is a thoroughly memorable one that is bound to resonate with many listeners. 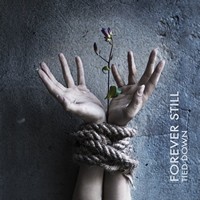