Fluids – Not Dark Yet (Hells Headbangers) 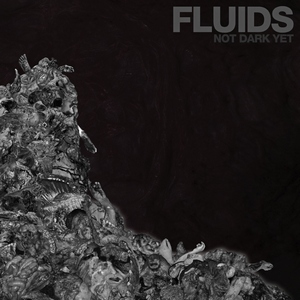 Carrying on the tradition of fuzzed up, barbaric, and filthy death metal (a la Mortician), Fluids return with their third effort in Not Dark Yet. With this old school type of goregrind assault, you don’t come to get some sort of deep impression – it’s all about the primal Neanderthal-ism and being coated in grim. Something Fluids is happy to provide with glee.

Much like the aforementioned Mortician, expect sampling to occur throughout the album, and there’s a street-level feeling to the dark, gritty flavor of the band that suits it well. Some songs, such as “Life Spent” or “Genesis Spoiled” take a bit of time to get off the ground and running due to this vibe, but unlike some acts, it has a distinct purpose here and augments the bleak and unsetting aspect of the knuckle-dragging riffs and guttural roars to come. The band quickly accelerates between these simplistic, chugging tones (which tend to have a bit of groove to them) and grinding blasts where they spiral into much more chaotic waters. It’s nothing outside of the ordinary for the style, but it’s done well and the mixture of drum programming and occasional real drumming does give it some added flash at times. The last track, “Humanity Reviled” is gargantuan in both length and tone – an almost 9-minute slow, slimy march that even has a melodic lead towards its finale. A sign of progression without taking things to the point of an uproar for the underground fans.

Not Dark Yet is primal and murky, but still has its moments of progression and flair. Fluids dish out the barbarism from beginning to end, which is sure to capture the ears of those seeking something deathly and grindy that doesn’t play into the more modern ways.