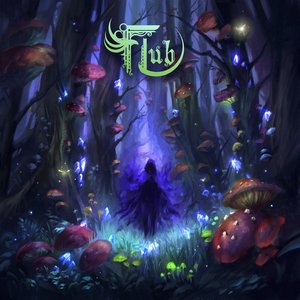 Back in the tail end of 2014, we stumbled upon Flub’s EP Advent due to its phenomenal artwork (which can also be stated here). It was a somewhat quirky but entirely lovable piece of tech death that went a bit more progressive than overtly ‘tech-y.’ Comprised then of some relative unknowns, the years to come were quite kind to the band, which can now boast of members of Rivers of Nihil and Alterbeast, as well as an ex-Vale of Pnath player. It’s also no surprise that they’ve been snagged by The Artisan Era, a label that seems quite fitting for their sound.

Much like Advent, their first full-length debut is one that does a good job sidestepping the usual tech death tropes. There’s a slightly trippy and psychedelic vibe that can rear its head a few times, in addition to some occasional jazz fusion, Spanish (marimba), and classical vibes as well. In short, a pretty suiting soundtrack to the artwork that appears on the cover. Oddly, it can be a bit whimsical at times too, with bits of “Wild Smoke” and “Umbra Mortis” as evidence – but it works in the band’s favor. There’s not nearly enough tech death that can be considered playful (see First Fragment), and it really gives them an edge. The tech material is there to cover bases (and does lean in a proggy, BTBAM direction as with some of their past stuff), and it nails all the marks. Despite some of the mind-boggling antics, there’s still a sense of flow and songwriting to it all. There’s also plenty of catchiness and groove to grab ahold of, even when they do ramp up the speed quotient (“Blossom”). Even a few cuts with clean vocal segments (particularly “Rebirth”) add to the feeling that the next step may not be an expected one.

While there’s much to digest and dissect, Flub make it an experience to remember. A true sense for experimentation and fun within the music keeps it forward-moving, and the tight, under 30-minute runtime makes it great to leave on a high note and have the listener give it another spin or two in rapid succession.