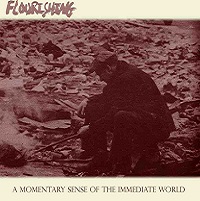 Rare that Blistering gets to hear raw death metal in this form. Since 95% of death metal nowadays chooses to use ProTools as a buffer/mistake-ridder-of, hearing something recorded live and in the flesh is a bit foreign to us, so kudos to New York City tech death/grind hybrid Flourishing for…actually playing their instruments without the help of a computer. Strange concept; let’s see those Sumerian Records bands try to do it.

Fronted by Wetnurse guitarist Grant Bussanick, Flourishing has the riffs and the wares to hang with some of death metal and grind’s top acts. The riff-action here is seething, as Bussanick combines outworldly chords with a keen sense of technical degree. To its credit, A Momentary Sense of the Immediate Worldhas that whirling, swirling atmosphere to it; just stick your head in on the demented “Fixture” and the aptly-titled “Feeling So At Ease.” We’re probably not the only ones to catch the Gorguts-meets-Brutal Truth vibe of this EP either, as some surprise melodies pop up in EP highlight “Watching Sparrows.”

In our humble estimation, Flourishing sits more on the death metal side of the fence, but has a grindcore sensibility to them that is probably what makes this EP so caustic. By going backward and playing it au-natural, Flourishing have thus pushed the envelope even further. Better yet, they’ll most likely elude the usual “I knew they couldn’t pull this shit off live” remarks usually reserved for hacks like Beneath the Massacre, Born of Osiris, et al. 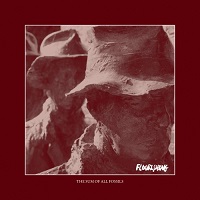