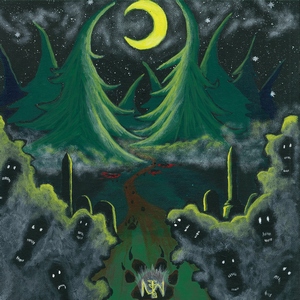 In the ever-expanding metal realms, having the privilege of hearing a large number of albums often means you tend to hear some that have the same band name as others. Take Feral, where a Swedish death metal band also occupies the same name as this Feral (not to mention a few others), a one-man Canadian act that specializes in what you can probably best assume – black metal.

But what you should be aware of is that Feral doesn’t play things directly by the usual black metal playbook. No doubt about it, it falls clearly into that listening spectrum but it’s far from one-dimensional. The album actually opens with a rather moving and attention-getting acoustic track (“A Calling”) that has some folk vibes in it as well. It moves into some more traditionally blackened areas, with that hazy post-black riffing finding a home, along with some rather catchy melodic touches from time to time. The melodic inclusions make the lengthier tracks feel more vibrant and engaging, sometimes offering a slightly folk-ish take from otherwise purely black landscape. They don’t take away the fury behind it either. There’s even some bass to be had within the darkened mix, as “The Purge” elegantly displays. In fact, behind the fuzzy façade in the mix, it’s actually a very solid one for music of this type. If there’s one drawback, it’s the vocals. The usual blackened rasps make up the bulk of the performance, which serve their purpose well, but there are also some howls from time to time that just feel way too abrasive. These, as well as some awkward shouting (“Nemetos Storm,” for instance), do have a rather emotive feel to them, but they tend to feel too caustic and in-your-face.

There’s more to take in that what appears to be the case with Feral. Forever Resonating in Blood has some fantastic melodies and blackened vibes, and if you can see past a few of the vocal reaches, it’s worth checking out. 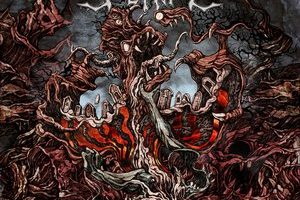 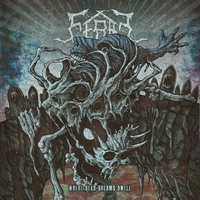