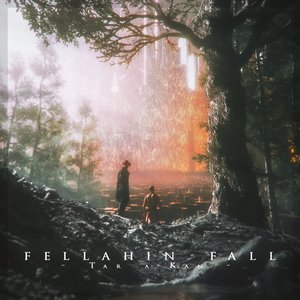 Checking out the band’s first EP late last year, there was something instantly magnetic about their sound. The combination of electronic and synth tones of a darker variety melded together with gloomy gothic and industrial metal and shades of doom made for an innovative and thrilling mix. Surprisingly, the band is already back to the table with their first full-length, and run with the best parts of their sound in an even more impressive fashion.

With a compelling urban narrative about struggling with changes both internal and external, the stage is set for something that steps outside the boundaries. The noir tone of the cover effectively pairs with the music within, as the electronics weave an almost foreboding sense of dreariness as “A Fading Whisper” opens up. The way that the synths and industrial rhythms augment the gloomy sense of the music is what gives it that more unique feeling. Some lumbering and almost sludgy riffing later in the track help bring out an even darker tone, and coupled with the quieter and synth-laden moments give it a great sense of balance.

The all-clean vocal approach is a nice change of pace as well. With many acts relying upon the growl/clean doom mix, the glum and baritone-y approach is poignant and keeps things at just the right amount of melancholy without overdoing it. While upbeat can’t really be used, the more synth-y tracks, like “That Night” are able to carry a catchier tone due to this, while some Type O Negative and even Ghost Brigade vibes shine through. It all comes together in a form that feels cinematic and grand in tone, but very grounded and introspective in its exploration. One such album highlight, “Bind,” really echoes this sentiment, with lush and enticing gothic atmospheres building up within the quiet moments into a heavier and quite satisfying chorus. The album ends with a remix of “Rover,” just as the EP had a remix of a track, and it’s quite stunning. Some look at ‘remixes’ as a remnant of the past, but when they revitalize and change the vibe of the track without losing it’s emotional core, it’s really something to behold.

Tar A-Kan sits in a masterful crossroads. It’s got the moody, dark vibes of the urban jungle written all over it, yet it’s highly addictive due to the way that the electronics and industrial tone bring it all together. While the notes of doom and gothic aren’t anything new, Fellahin Fall has found a way to stand apart from the crowd and create a captivating release that nods to the past while providing an invigorating and fresh feeling that fans of morose music are bound to fall in love with. 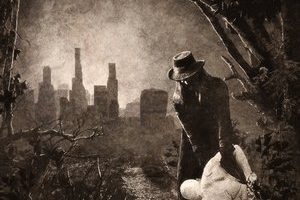