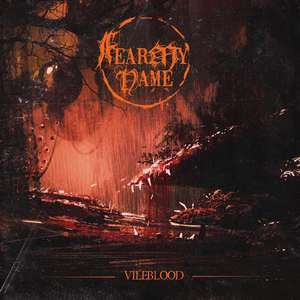 Deathcore can be a fickle genre for this scribe, with some bands devotion to the breakdown above all or ‘bro, check these sick vocals’ moments having a tendency to ruin an act. So the most surprising thing about this Missouri act is how they manage to incorporate the best things the genre has going for it, without succumbing to excesses or becoming one-note. Vileblood instead portrays itself as a more mature release while still delivering what the genre demands.

Six cuts and an instrumental number make up this near 30-minute release, which stands up as being more varied than one might initially expect. “New Age Plague” and “Days Gone” bring out the heaviness right into the forefront, focusing on dark riffs and grooves and some eerie interwoven melodies (and synths) to catch the ear and keep you intrigued. The later track also providing a nice breakdown towards the end of it that feels earned instead of just being tossed in for fun. “Nothing to Nothing” sees the introduction of some well-employed clean vocals and greater focus on melodies (which will be used more in “Black Widow”), and it works as a nice palette cleanser. If one track stands out, it’s the closing title track, as it seems to bring in many of the elements that the band worked with over the other tracks into a crushing and climatic close. Urgent riffs and big grooves are up front and center, playful melodies that work as a nice counter, along with some emotive moments and atmosphere as the song progresses. A great finisher that works to bring you right back to the beginning once more.

A modern act that avoids the pitfalls that could have easily been a crutch, Fear My Name deliver some crushing riffs and catchy melodies with Vileblood. The variety present is a real boost for the band, and showcases what can be done with a sound when one doesn’t limit themselves to the rigid guidelines to fit the mold. An excellent EP that holds some strong potential for this act moving forward.