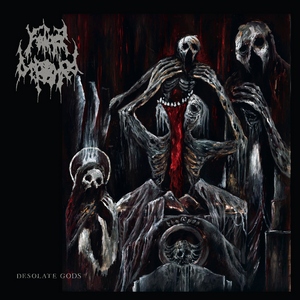 It goes without saying that Father Befouled really dig Incantation. Their fourth album, Desolate Gods, is almost a spot on version of Incantation. This is cavernous, murky Incantation worship with a slight side of Immolation and Morbid Angel (some real surprising ones there). But, much like some of the stronger acts out there than yearn for repeating the past, there’s something about Desolate Gods that is hard to pull back from.

Truth be told, if you are familiar with the Incantation formula you have a very good idea about how Desolate Gods will sound. The same darkened and thick guitar sound, some occasional strong solos (see “Ungodly Rest”), agonizing and guttural lows, and a combination of slow and crawling tones mixed with some notches up in tempo more or less define what Father Befouled are all about. That being said, they have such a firm grasp on doing this particular style of music that it’s hard to fault them for their blatant copycat-isms. The music never feels second-rate, and it’s apparent that the band is quite invested in this particular sound. There’s some genuine grim vibes and the faster segments (see “Divine Parallels”) are as brutal as they can be. They even grasp the sense of brevity that many of these bands choose to ignore. Desolate Gods is a slim 31-minutes and is all the more powerful for it.

While originality may not be on their side, Father Befouled still manage to come out winners with Desolate Gods. They’ve taken the Incantation formula and smoothed (slimed?) it over to the point where they can stand on par with the originators themselves. 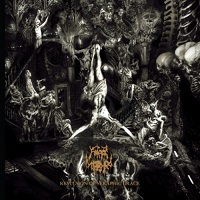