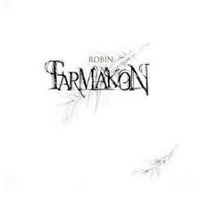 You know, there are rip-offs, and there are rip-offs. Our Finnish friends Farmakon make little or no effort to prove they are anything but an Opeth tribute band in hiding, with Robin being the ill-begotten follow-up to 2003’s very Opeth A Warm Glimpse.

riffs, the somber acoustic passages, which really aren’t anything to get excited about, tender clean vocals, gruff, dirty vocals, and those trademark Akerfeldt chord progressions which made Opeth such innovators.

Aside from album opener “Time-Tables” (which is excellent, for the record),Robin borrows every post-Morningrise idea Opeth has had and even goes to great length for some keen riff-thievery (see the opening of “Monster” = “Leper Affinity”), but no one’s going to be fooled by this nonsense.

A complete, and total waste of time and plastic (heck, even hard drive space),Robin won’t do anything but make people yearn for the real thing, so instead of wasting more time by acknowledging how bad Robin is, here’s a good dittie of information: Watershed is due in early June.