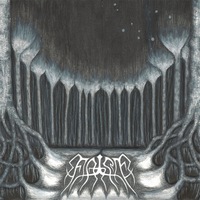 One of the more intriguing American black metal prospects in eons, Minneapolis crew False have opted to put their music before their image, omitting their names from credits, bypassing promotional shots, and rarely granting interviews. And in this age of social media overload, it’s a refreshing twist. Like anyone gives a rat’s-hoot about a USBM’s daily activities, eh? Nevertheless, Untitled is the LP follow-up to the band’s excellent Untitled EP from 2012, where they orchestrated an obtuse, but wholly enthralling outing that may have gotten overlooked because of the Cascadian rush of that year. With that little blip now behind a lot of folks, False are in a prime spot for some more good-lovin’.

Tracked live with each member in the same room, the raw, instant feel of the album’s five tracks shouldn’t be understated. There’s an air of unpredictability in some of these tunes, where the calm breeds the storm, if you will, all backed by haunting keyboards and odd chord passages. The opening “Saturnalia” would certainly suggest as such, where the band ropes along mountainous refrains and scurrying blast-beats towards the song’s conclusion. The frenzied “The Deluge” has the most symphonic push of the five jams, recalling the oh-so-glorious mid-90s, where such energy was contagious.

Moreover, the album’s celestial feel supplants the idea that False are more intriguing than a lot of their American counterparts. It’s evident on “Entropy,” the album’s dominant cut, where again, a head of keyboards, surges of extremity, and unorthodox riffing congeal seamlessly. False may be pure-bred American, but in an alternate universe, they could easily pass for a Scandinavian band. And in a double-alternative universe, they could even more easily be dropped into the mid-90s maelstrom and have little issue adjusting. Untitled is a winner. 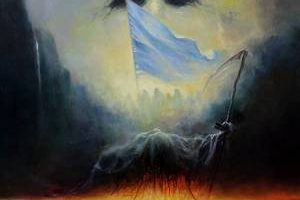