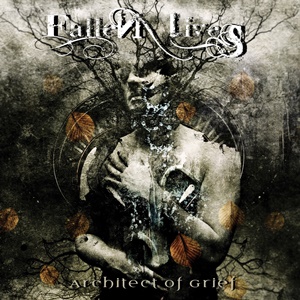 An interesting tidbit stuck out when reading the bio information regarding this Greek act Fallen Lives. Forming in 2010, they’ve released a self-titled full length and follow-up Forever EP while dealing with continual lineup changes – but they describe themselves as a ‘confusing rock style’ but able to keep audience attention due to a ‘powerful live performance’. This scribe usually doesn’t sense confusing as a positive attribute to aspire to, but opening the mind and pressing play, let’s see where the songs take the listener as a whole.

A concept record encompassing the W.A.S.P. Idol, the myth of Sisyphus, and putting a positive never give up spin on the proceedings, the eight songs present a diverse musical platform that can be quite melodic, but travel across multiple sub-genres of modern, gothic, and semi-progressive heavy metal avenues. What this means for the listener is you can get twin guitar harmonies over a straightforward drum part, and then veer into gothic melodies or down-tuned power chords at a moment’s notice – and thus becomes the head scratching exercise to develop any sense of cohesion for where the group is headed. The vocals can have distant computer effects for the lower register work – then go into an alternative, almost The Offspring style whine during the higher sections – rendering some of the heavier, hypnotic sections of “Forever” legless as you cut the impact away. The musical clean guitar/bass intro to the title track even seems a touch out of sync, which is a shame because the tribal-style drumming and subsequent guitar passages plus sneering vocals work very well in the context of this Avenged Sevenfold meets In Flames style effort. The progressive double kick action uplifts the energy level for “Wheel of Hate”, while those who want a power anthem to champion may enjoy the heads down riffing and semi-thrash stance of “My Revenge”.

Fallen Lives are a talented band with plenty of ability, but now it’s a question of drilling down into a more cohesive style without the disjointed feel that their all-in philosophy seems to deliver currently. Stronger vocals also need to be in consideration down the line – color Architect of Grief as ‘under construction’ to be determined as solid hopefully with their next outing.