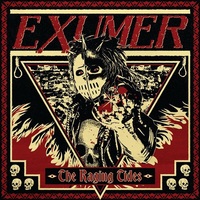 Another 80’s thrash act revitalized for a second go around during the 2000’s, German band Exumer gained decent underground acclaim for their 1986 debut Possessed by Fire – at the time at tightrope walker between Bay Area finesse and domestic might. Mem von Stein and Ray Mensh continue from those early days, rounding out the quintet with newer musicians while still steadfast in the gospel of head banging riffs sure to promote pits, walls of death, and stage diving/crowd surfing galore.

The Raging Tides is the fourth Exumer album, featuring 10 songs of penetrating, skull battering thrash without compromise and full on integrity to the cause. Guitarists Marc Bräutigam as well as the aforementioned axe maestro Mensh perform heads down speed riffs and drop on a dime half-time transitions that would make Exodus proud during their Pleasures of the Flesh/Fabulous Disaster heydays during “Sinister Souls” and “Brand of Evil”. Sneering background gang vocals feature heavily against a “Toxic Waltz”-like riff parade for “Shadow Walker”, Mem’s natural range matching the attitude and aggression that are mandatory for genre believability and proper execution.

Keeping the proceedings very bare bones and honed in on meaty parts allows drummer Matthias Kassner to rely on consistent double bass and quick hitting fill work that makes “There Will Always Be Blood” and the militant “Death Factory” two highlights for the second half. Metallica-ish gallops or Slayer-esque evil heart stopping tempo changes are two of many tools the quintet employ to insure dynamic diversity on a rather tidy effort at a more than manageable 35 minutes. Add in the modern topical lyric content where Exumer discusses human suffering in the wake of prison conditions, CIA investigation tactics, or exploitation for radicals in hopes of personal political gain and it’s an all-around feast for mind rumination and body combustion.

Veteran producer Waldemar Soychta gives The Raging Tides an attacking nature in tone that won’t soon be forgotten. While Fire & Damnation may have rekindled the creative juices, this record puts Exumer back in impressive Teutonic company while rivaling a lot of their American contemporaries for current output. 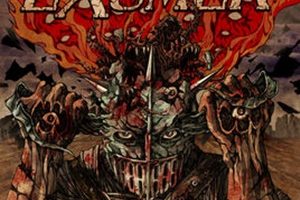 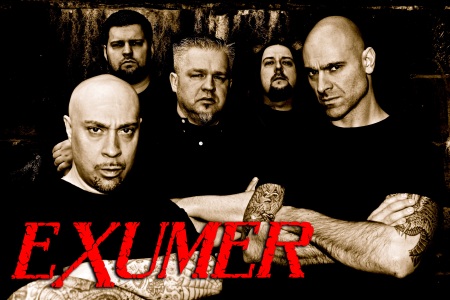