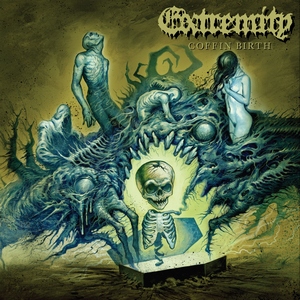 After making their first mark last year with the Extremely Fucking Dead EP last year, it’s right back into the saddle again for Extremity. Coffin Birth marks their first full-length album, and given the time jump between the two releases, it comes off about what you might expect. It’s more meat & potatoes death metal, but with a full helping this time, as opposed to a mere appetizer.

For those unfamiliar, Extremity has a fairly new act, but is comprised of veteran members from Cretin, Vastum, and Vhol, so a fully realized metallic assault is easily accomplished. It’s clear from the get-go with Coffin Birth that this act is well versed in the death metal essentials. So in that sense, there’s a bit of loving reverence that is picked up when listening to the album and hearing some definitive influences from more of the usual contenders (Morbid Angel, Incantation, etc). The enthusiasm for the material carries it quite far, and the sense of razor-sharp (and rather ‘filthy’ riffing) is juxtaposed with some melodic solos/leads as to keep things interesting. Marissa Martinez-Hoadley’s vocals are complete on point as well, with a visceral and blunt attack that falls directly in line with the band’s uncompromising approach. That said, outside of the melodies that sneak their way into the mix, you are going to get death metal in its purist form. Be that a blessing or a curse is all in the ear of the beholder, but as mentioned, the album is more in reverence to the genre than an attempt at expansion.

Death metal fans are going to get a real charge out of hearing Coffin Birth. It brings heaviness and filth in just the right amounts, with the melodies there just enough to make it stand up over the 40-minute runtime. It doesn’t go outside the box, but nor does it have to when it has so much energy propelling it forwards. 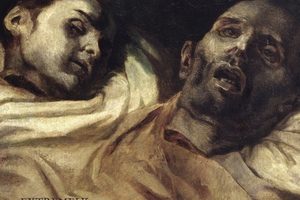