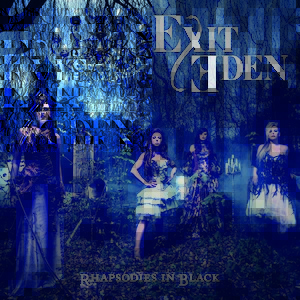 Taking the combined power of four female vocalists and integrating the idea that one can turn pop songs into occasionally bombastic, pure symphonic metal, Exit Eden sits in an area that one might call divisive. With many of us metal folk scoffing at anything closely resembling pop music, this album is truly going to be a love it or hate it affair. And while some may not necessarily agree with the concept of an album of pop cover songs, its well-worth giving it a once over to see what side you land on.

There’s no denying the talent of the ladies involved – Amanda Somerville (Avantasia et al), Clémentine Delauney (Visions of Atlantis), Marina La Torraca (Phantom Elite), and Anna Brunner can take songs into different directions based on who is in the spotlight. Somerville shines with her epic, soaring vocals – particularly with their take on “Skyfall” (which also features Simone Simons). Likewise, Delauney and La Torraca add some memorable moments to “Fade to Grey” and “Impossible” respectively. The name most may be unfamiliar with, Anna Brunner, could easily walk away the breakout voice from the act, with her rock-ish singing giving some of the songs some extra attitude (see “Unfaithful”) – she can easily stand toe-and-toe with the more established names. Ultimately, each song features a mix of players and it’s nice that each vocalist is given ample room to standout on their own.

With an album of covers, it’s also important to choose wisely in terms of songs people actually know. Pleasantly, the band covers a few decades worth of material, with songs ranging from Depeche Mode (“A Question of Time”) to Lady Gaga (“Paparazzi”) to Madonna (“Frozen”) to Backstreet Boys (“Incomplete”). Each song translates well to the symphonic treatment, some surprisingly so. These aren’t just a case of saying “add electric guitar, a solo, and some symphonic elements and strings to the mix” in many cases. “Unfaithful” appears the standout, giving it a darker and more aggressive tone in general. But the same goes for “Fade to Grey” (with some riffs that feel almost industrial) and the oddly headbangable “Paparazzi.” “A Question of Time” keeps more of the original’s vibe, but the orchestral bombast that’s added gives it a fresh twist. Even a few of the more directly translated numbers like “Heaven,” “Firework,” and “Total Eclipse” still soar with their added energy and the charisma of the vocalists. What’s most convincing is that the band establishes a framework to which they can take this wide variety of songs and while channeling the essence of each song, develop a sound of their own. It’s quite clear that they laid a firm groundwork from which to genuinely build up their vision.

Those that want a little bit more over-the-top bombast and fun in their metal (and aren’t adverse to some pop music) should love Rhapsodies in Black. Exit Eden have crafted a covers album that avoids feeling trite and kitschy by respecting both the pop and metal sides of their equation. There’s so many ways this could have sunk into the ground, but by paying reverence to the originals while moving in their own direction that’s both unified and diverse, they have delivered an album that is unapologetic, charismatic, exciting, and stays true to the whole ‘more is more’ aspect of symphonic metal in a highly successful way. 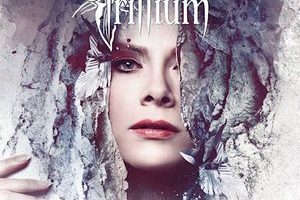